Welcome friends! I love to host Giveaways because it really is fun to give things away, especially when it involves an incredible DVD like Fences!! I received the Fences DVD from Review Wire in exchange for this post, however all opinions and love for this movie are 100% mine!

This is a sponsored post on behalf of Review Wire Media for Paramount Pictures. I received information to facilitate my review as well as a promotional item to thank me for my participation. This post contains affiliate links. Please read my full disclosure here. 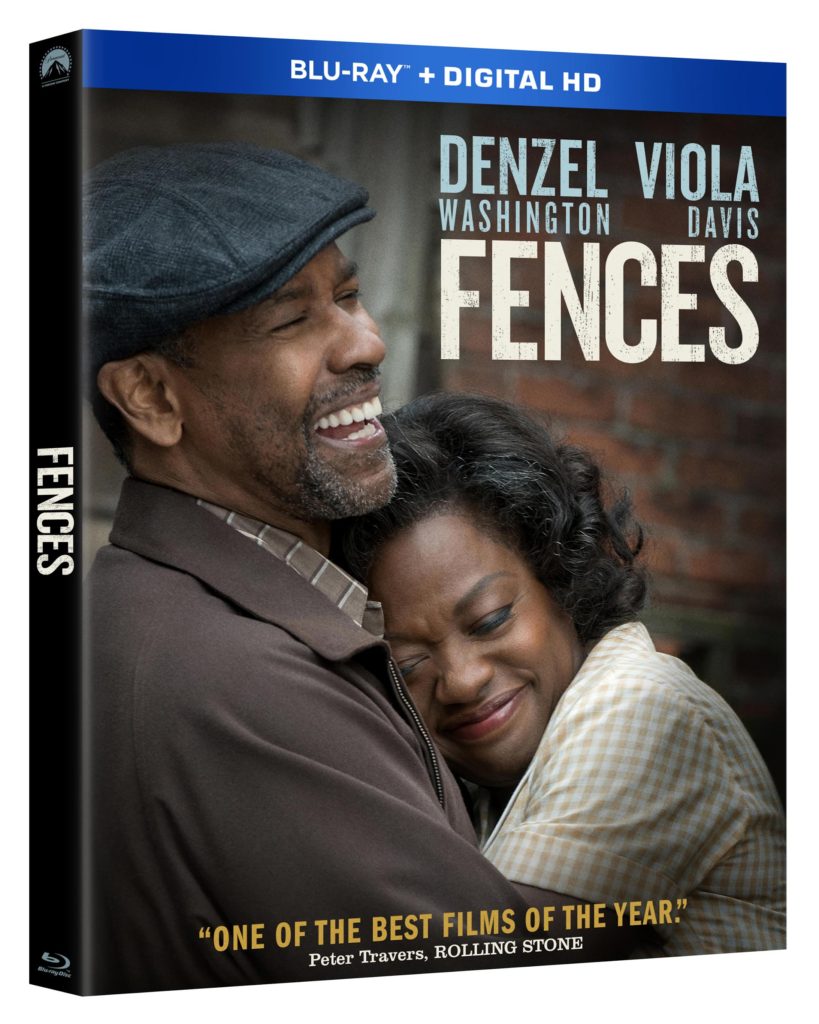 Fences releases on DVD March 14, 2017 and one lucky winner will receive a Blu-ray DVD Combo Pack.  This includes 30 minutes of bonus content and interviews with the cast and crew, including actor/director Denzel Washington!  The combo pack also includes access to a Digital HD copy. Enter below for your chance to win (US Only). Good luck!!

My daughter,  a Theatre Major, is home for Spring Break.  Both she and my son read this play, so we were anxious to see how the film compared. Fences was adapted from August Wilson’s Pulitzer Prize winning play and this comes across in the film.  While I did not read it, I was familiar with the movie from all the Oscar buzz and could not wait to see it.

The film is set in Pittsburgh in the 50’s with Denzel Washington playing garbage collector Troy Maxson and Viola Davis playing his wife Rose.  Up until very recently I lived in RI, so I was already a big fan of RI native Viola Davis.  Seeing her in this movie made me an even bigger fan. Her recent Oscar win for this role was well-deserved.  It was a heart wrenching performance.  Her interaction with Washington was some of the best acting I have ever seen. Washington also directed the movie. This movie draws you in from opening scene to ending scene.

Washington’s character Troy is likeable and horrible all at the same time. While I don’t want to give too much away as much is revealed throughout the film, the scenes with his teenage son Cory, are extremely difficult to watch. Troy is a distant, cold father who refuses to move on from the disappointments in his life.  As such, he berates and brutalizes Cory. As often happens with an abusive father, Rose does her best to protect her son and keep his dreams of playing football alive.  Troy shows no emotional connection to his sons, yet his relationship with his disabled older brother is what makes his character likeable. You feel the love and compassion he has for him and yet wonder why he can’t show that same compassion to his children.

While definitely not an uplifting movie, it is a must see due to the stellar acting alone. The story line is relatable for so many who grew up in the generation of emotionally distant fathers, who felt there only job as a parent was to provide a roof over their head and food in their bellies. Finally, the film gives new meaning to the quote “the sins of our fathers are passed on to sons.  Watch the movie with an open mind and heart and then tell your children how much you love them!

Hello and welcome to Our Crafty Mom!

My name is Michelle. I'm a crafter, DIY'er and lover of all things home, including easy recipes. So happy you are here!